Archive for the ‘Biosolids’ Category

Stories Your FOSR Data Can Tell You

We encourage you to visit our map and data portal that will open with a map identifying all of the FOSR’s monitoring sites throughout the Shenandoah River watershed.  You will be able to click on the individual markers that will lead you to a link to obtain FOSR’s water-quality data for that site. The FOSR’s “Water Window” data portal provides unparalleled documentation of the evolving health of the Shenandoah River watershed.

The story from Clarke County is that if the trend in nitrate levels continues, the ground water in the karst areas of the county will contain nitrate concentrations that exceed the US EPA drinking water limit of 10 mg/l of nitrate as N in the latter part of this century or possibly in the next.   Most of us in the Shenandoah Valley live in the karst areas  and thus, in the future, many of  our rural wells could yield water containing high nitrate concentrations. The five streams FOSR has been monitoring for the past 18 years in Clarke County all show increasing low-flow nitrate concentrations of between 0.6 to 1.5 mg/l. (The Wheat Spring Branch record includes only the last 10 years.) a straight line projection of this  increase suggests that, if this trend continues, two streams could reach EPA’s drinking water limit of 10 mg/L before 2100:   Wheat Spring Branch FC32 and Dog Run FC06.  Chapel Run CF18 and Lewis Run FC03 are projected to reach 10 mg/L during 2100 to 2200. Spout Run FC02 and Page Brook FC09, a Spout Run tributary, are increasing more slowly and will not exceed 10mg/l till after 2300.

Low-flow stream nitrate concentrations are linked to groundwater concentrations.  FOSR’s recent analysis of springs showed that in general springs yield water with higher nitrate concentrations than the streams to which they  are tributary. For example Carter Hall Spring water contained 3.5 mg/L during a period when Spout Run contained a little less than 2.5 mg/L of nitrate. See www.fosr.org and “FOSR Report: Risks of biosolid fertilizer application on water quality.”

Ground water is the entire water supply of the streams during periods of low flow. (See http://pubs.usgs.gov/sir/2010/5112/ ) The definition of low flow for this report is when the flow of Spout Run at the gage is less than 0.5 cubic feet per second per square mile (cfsm) or 10.6 cubic feet per second (cfs). The gage flow records for USGS 01636316 SPOUT RUN AT RT 621 NEAR MILLWOOD, VA show that the discharge (flow) averaged no more than 0.5 cfsm 23% of the days during the 12-year period of record. 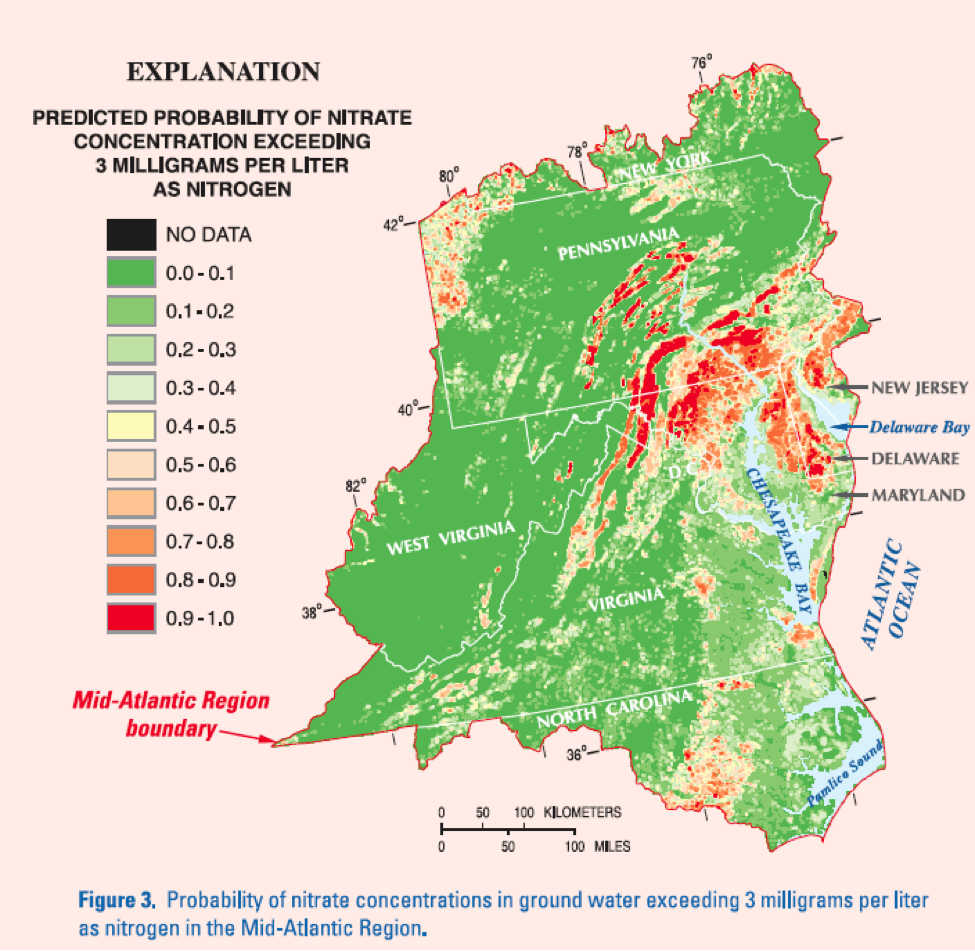 Posted on December 4th, 2014 in Biosolids, Featured, State of the River 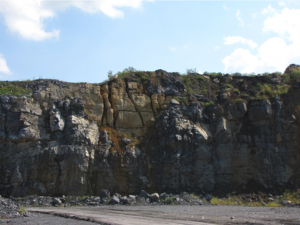 A good look at Karst topography

How does nitrogen get in the streams of the Shenandoah Valley?

This study was conducted by Friends of the Shenandoah River with cooperation of Clarke County and the willingness of landowners who gave access to the springs. Funds for the study were granted to Alison Teetor by the 2013 Citizen Water Quality Monitoring Grant Program, from the Virginia Department of Environmental Quality, and from the Chesapeake Bay Restoration Fund. Chemical analyses were conducted by Karen Andersen and Molly Smith. Ben Sawyer performed GIS measurements and helped with hydrologic analyses. John Young USGS Leetown, WV loaned a stream flow meter. Richard Marzolf helped write this report.

Posted on March 4th, 2014 in Biosolids, Featured, State of the River